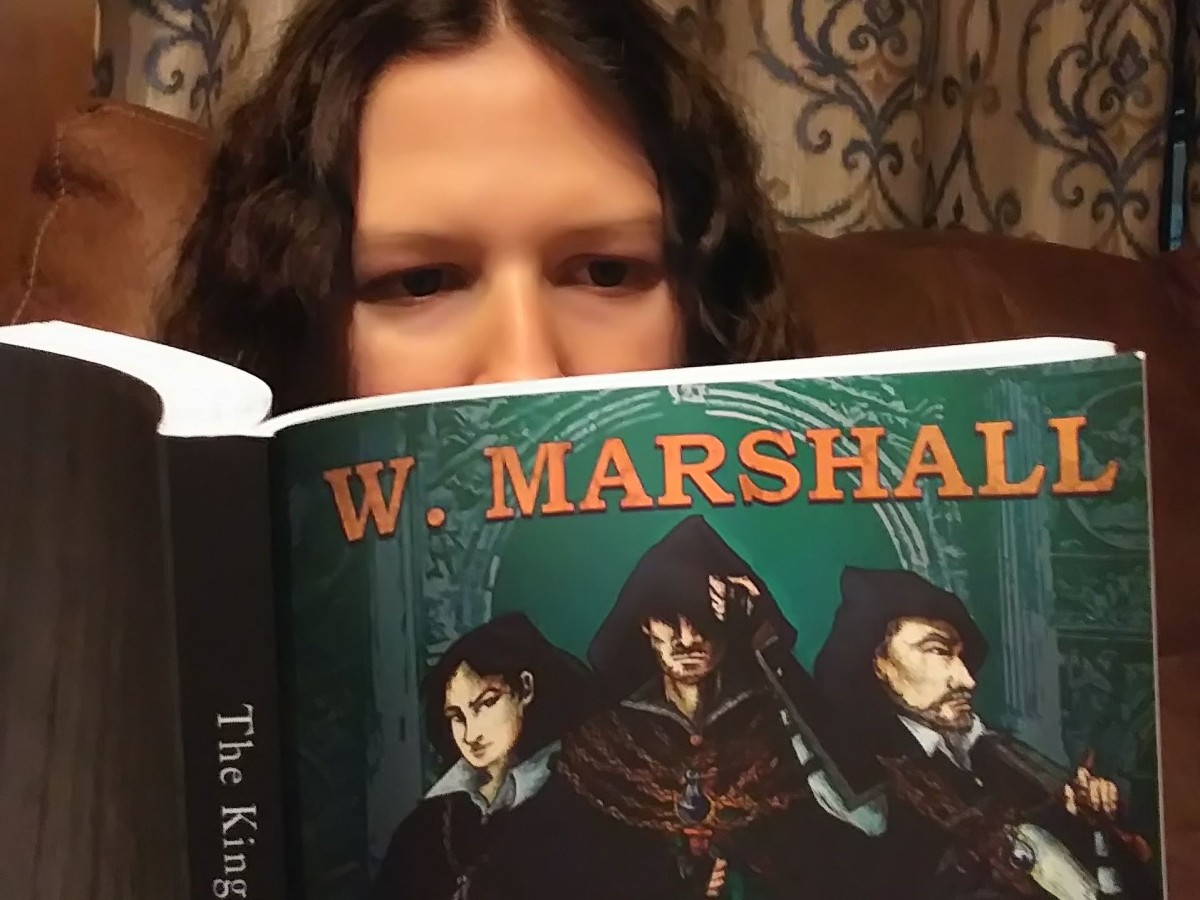 A colleague recommended the The King’s Own to me because his friend is the author, so I bought it and gave it a shot.  The first critique I have is that there is no synopsis on the back cover, which makes it look a little amateur and provides a potential reader no clue as to what they will encounter inside.  The front cover, while it’s not plain, doesn’t offer many more clues either except that it takes place in an age of swordplay.  That said, this book has quite a few good reviews on Amazon.com, 27 to be exact, which is no small feat for a self-published author.  This is a prime example of not judging a book by it’s cover.

The short review is this:

A mysterious story with multiple layers of intrigue, filled with unexpected twists and turns and a shocking twist ending.

The King’s Own is the story of a man who goes from village farm boy to an elite assassin/guard of the king, and eventually to king himself.  The story begins with the murder of the king and the main character going on the run as the primary suspect, and then continues on, switching back and forth between backstory and present.  The author has done a really great job accomplishing a smooth flow and his ability to keep it interesting is impeccable, and he does it without confusing the hell of the reader.  The transitions from backstory to present and vice versa were seamless, and I was constantly intrigued to learn about the world and unfold the mystery surrounding the king’s death, which is far more intricate than you would ever expect.

This story is the closest thing to the third person objective that I’ve read.  We follow the main character, but we don’t really know what he knows or is thinking like more familiar third person stories.  Instead, we’re just watching, gathering clues, and trying to figure out what is actually going on.  Every scene is written so that we learn more about the character and his motives alongside the overarching plot of whodunit.  I’ve never read a book like this before, and I have to say that I was pleasantly surprised at how well the author executes this.

Along with the main character, we also get to know his mentor and his sidekick who also have interesting backstories and unique parts to play in the book as well, culminating in a very shocking twist at the very end with his mentor which I didn’t see coming, and I was very happy in my surprise, and totally stunned.

There were a few grammatical errors that I saw, nothing really major that took away from the story or my enjoyment.

One major criticism I have is actually the first four pages of the book.  It begins with a fight scene which is meant to pull me in but it is way over-choreographed and confusing to follow, and it drags on far too long.  The scene is virtually impossible to visualize and I totally gave up doing it three paragraphs in.  Had I not committed to reading the whole thing to write a review I probably would have put the book down on page 2.  That said, once you get through those first four pages it picks up tremendous speed, so push through it, you won’t be sorry.

The other major critique I have for this book is the sex scenes.  They’re not written poorly, there are just a lot of them, and the majority of them do not do anything to move the plot along.  Every female (almost) that the main encounters in the book literally throws herself at him, and it just slows down the story, there’s no real reason for having the scene in there except just to have a sex scene, and I found it more bothersome than exciting.

Another minor thing that I took issue with is one scene where they’re swimming through a moat to break into a castle at midnight, but somehow the main character sees a comrade get snagged, and goes back to free him.  I find it very unrealistic that he’d be able to see anything underwater in the daytime in a mucky moat, nevermind at midnight, but maybe I’m being too nitpicky on that point.

Overall though, I really did enjoy it, I finished it within a couple of days and was blown away at the twist ending.  Every new scene revealed something important about the character and the death of the king.  For swordplay lovers and mystery fans, I highly recommend this book.  I think this author is very talented and I’ll be watching for more novels in the future.

His book is available on amazon through this link here.

MJ is a writer and writing consultant devoted to her muse and to helping other writers gain confidence, overcome obstacles, and unleash the story within. She offers multiple services on her platform, mjpankey.com, and creates helpful content for writers on her youtube channel. View all posts by MJ Pankey

I’m MJ Pankey, a writer and founder of Augusta Writer's Critique Group. I’ve been helping writers since 2018 through critique, workshops, sharing experiences, and support. I have a deep passion for consulting and editing, so I started my own writing service site for anyone in need. I am thrilled and proud that many of my members have successfully published manuscripts, and I hope to make the same happen for you.

Give Petey a Treat!

Petey is MJ's pit/dalmation pup and constant companion on her own writing journey, and always waits patiently for her to finish writing critiques, assessing manuscripts, consulting with writers, and creating new content to help writers brainstorm and improve their craft.
If MJ is part of your writing journey, then Petey is your companion too! Buy Petey a treat so you can both enjoy some special perks :)