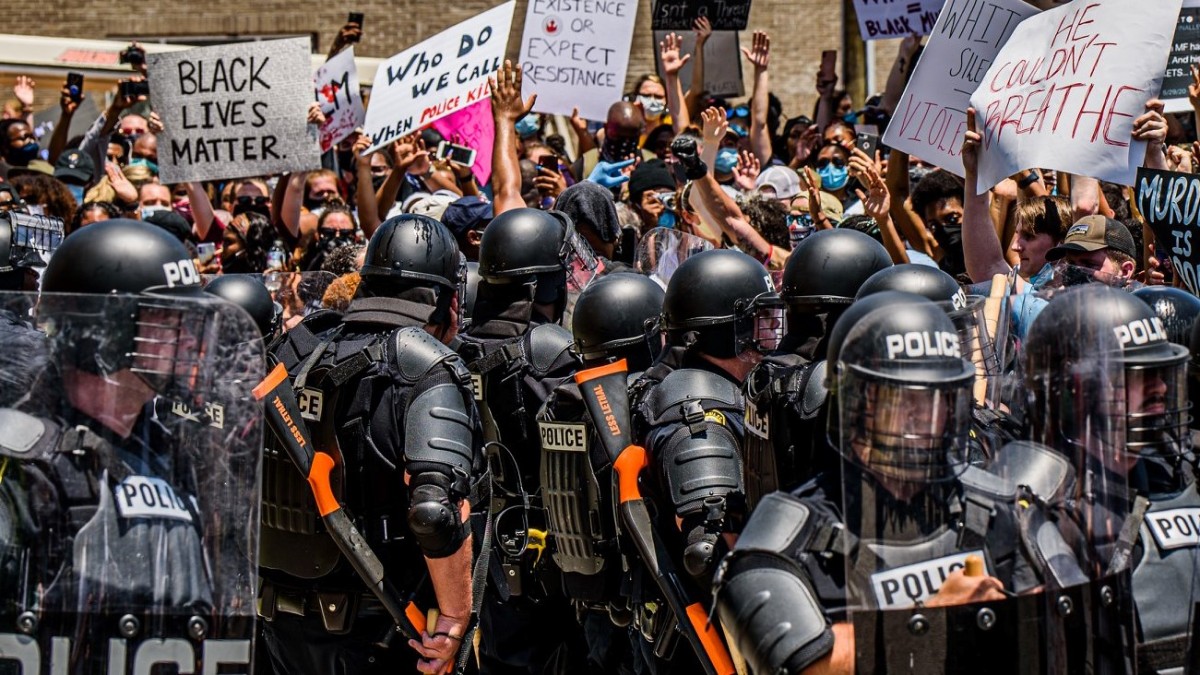 I’ve seen a lot of social media posts from white people saying they have not experienced white privilege.  I have also received scathing letters from relatives explaining all the reasons why white privilege doesn’t apply to them.

Yet some whites are calling out white privilege and circulating #blacklivesmatter content on social media with a vengeance.

Why do some whites acknowledge white privilege, and others do not?

Simple: many whites don’t really understand what white privilege is.  So let’s break it down.

I want to start first by providing 5 statements on what white privilege is NOT.

1) white privilege does NOT mean you didn’t work hard for your success, or you didn’t have struggles in your life.

5) white privilege is NOT a choice, it just IS because of the color of your skin (sucks, huh?).

Okay, so if it’s none of those things, then what is it?

I’m going to focus this article on numbers because people tend to accept numbers over well educated professionals and personal experiences.  I’m also going to focus on 4 quality of life aspects that I, as a mother of 3, desperately want for my children in America:  1) Health, 2) Wealth, 3) Education, and 4) Freedom to experience 1-3.

The overall US population is key to understanding our racial construct.  According to the 2010 census, approximately 72% of Americans identified themselves as white, and 28% identified as non-white.  All things being “equal” in America, you would expect this population to be reflected similarly across our institutions.  For example, 72% of college graduates could be expected to report as white, 28% report non-white, 72/28 are covered by health insurance, 72/28 are in the average wealth range, 72/28 are incarcerated.  Right?  Let’s explore the facts:

1)  Health, a factor largely influenced by whether or not you have health insurance.

A study conducted by KFF.org examined health insurance coverage among whites and non-whites aged 0-64, approximately 208 million people in all.  160 million were white, and 48 million were non-white.  This boils down to 77% white, and 23% non-white respectively, fairly comparable to the 2010 census population.

The total number of uninsured across all races in the study was approximately 33 million.  21 million of those were white, or about 63%, and 12 million, or 37%, were non-white.  A 14% disparity in overall population vs uninsured population.

So how does this factor into white privilege for the total US population?

So.  If you are a white person in America, the likelihood that you will have health insurance is 87%.  If you are non-white, your chances drop to 75%.  This statistical advantage is white privilege.

In a future blog I will delve deeper into the racial disparities involving the healthcare system, but for now let’s move on to my 2nd Point.

That’s right.  Average non-white wealth in 2014 was on par with “equality” 47 years prior.

Going back to the total US population vs poverty population:

60% of Americans in poverty are non-white.

The Pew Research study also found a significant correlation between college education and wealth across all races.  The higher one’s education, the higher one’s average income was likely to be.  That makes sense given that higher education allegedly translates into higher skilled/higher wage earning jobs.  So let’s look at my 3rd Point, Education of whites/non-whites.

White Privilege Factor:  Whites are 29% likely to complete a Bachelor’s degree by age 25, a 7% statistical advantage over non-whites.

The fact that this disparity isn’t as significant as health or wealth raises several questions about the impact of education, wealth, and race.  What impact does higher education actually have on higher wages?  On the surface, these numbers seem to suggest that even when non-whites do achieve higher education, wealth doesn’t seem to show a significant increase in wealth, nor does it suggest equal income with whites of the same education level.  We’ll explore this deeper in a future blog, but for now, let’s move on to my final comparison:

4) Freedom to exercise 1-3, or incarceration rates.

In a study conducted by The Sentencing Project in 2016, data reported to the Bureau of Justice found that 35% of prisoners nationwide are white, and 65% are non-white.  Again, let’s look at our overall population ratio 72% white, and 28% non-white.  Somehow our prison system is almost completely inverted, very similar to our poverty stats.

The study also broke it down further and examined the incarceration rates of whites and non-whites per state, revealing many to have an even higher racial disparity than the national average.  In 11 states, 1 in 20 black Americans over the age of 18 were incarcerated.  In Oklahoma, 1 in 15.  These numbers don’t include other non-whites besides black Americans either, which would further skew these ratios.

How does this factor into white privilege?  Data from prisonpolicy.org reveals the total number of incarcerated adults as of 2010 was 2.2 million.  .8 million were white, and 1.4 million were non-white, out of a total US population of 223 and 85 million respectively.

White privilege factor:  Non-whites are 4.5 times more likely to be incarcerated than whites.

I encourage you to read my previous post Systemic Racism and White Ignorance: a Deep-Seated Coexistence, because it explains some of the systemic issues that exist in the justice system which contribute to this skewed ratio, one of them being that non-whites are more likely to be charged than whites for the exact same crime.

White privilege is not something white people can “opt out” of, it is an automatic advantage that exists because of the systemic racism that has dominated our country’s institutions for centuries.  It’s also not something that most whites consciously choose to capitalize on.  It’s just there.

As Americans, we all want to believe that anyone and everyone has equal opportunity, that all people can succeed if they just try really hard.  And of course that’s true to an extent.  The deeper reality is that non-whites have to try a lot harder.

White privilege is an inherent expectation of society that whites are born to be successful.  It’s generally perceived as a tragedy when one of them fails.  Something happened to throw them off course.  They weren’t raised right.  They were exposed to bad influences or drugs.  They hung out with the wrong crowd.  They fail by exception.

On the opposite end, the inherent expectation of society for non-whites is that when one succeeds it’s because they worked hard.  They defeated the odds.  Were exceptionally talented.  Left behind their troubled roots.  And when a non-white fails, society doesn’t view it as a tragedy.  It’s just normal.  They succeed by exception.

The information I’ve provided in this article in no way addresses the full scope of white privilege in America.  It doesn’t paint the human picture of systemic racism, or what the consequences of these statistics are for the individual lives of non-whites.

But I hope it presents a starting point to acknowledge the inequalities that persist in our country.  This is not a land of equal opportunity.  Yet.

Make a stand for change.  Educate yourselves.  Vote.

MJ is a writer and writing consultant devoted to her muse and to helping other writers gain confidence, overcome obstacles, and unleash the story within. She offers multiple services on her platform, mjpankey.com, and creates helpful content for writers on her youtube channel. View all posts by MJ Pankey

I’m MJ Pankey, a writer and founder of Augusta Writer's Critique Group. I’ve been helping writers since 2018 through critique, workshops, sharing experiences, and support. I have a deep passion for consulting and editing, so I started my own writing service site for anyone in need. I am thrilled and proud that many of my members have successfully published manuscripts, and I hope to make the same happen for you.

Give Petey a Treat!

Petey is MJ's pit/dalmation pup and constant companion on her own writing journey, and always waits patiently for her to finish writing critiques, assessing manuscripts, consulting with writers, and creating new content to help writers brainstorm and improve their craft.
If MJ is part of your writing journey, then Petey is your companion too! Buy Petey a treat so you can both enjoy some special perks :)